Three street-smart, individualistic city rabbits end up in a boarding school hidden deep in the forest. It is ruled by ancient traditions and a strong sense of community, the children learn powerful rabbit magic – and the newcomers turn the sheltered life of the school upside down. The stage is set for an entertaining, exciting, emotional culture clash between modern city kids and traditional forest dwellers which shows us again and again: real magic comes from real diversity.

Based on Akkord’s award-winning feature film RABBIT SCHOOL – GUARDIANS OF THE GOLDEN EGG and RABBIT SCHOOL – THE EGG FORCE (currently in production) and inspired by the children’s book classic by Fritz Koch-Gotha & Albert Sixtus.

Based on the Character Design by Gerlinde Godelmann 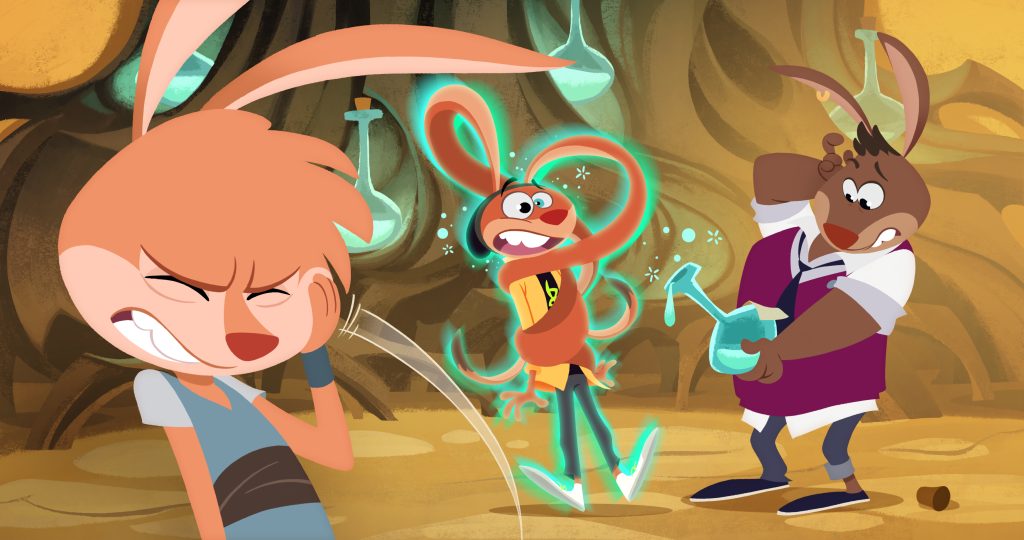